Homes and Real Estate for sale in Lambeth, London, Ontario 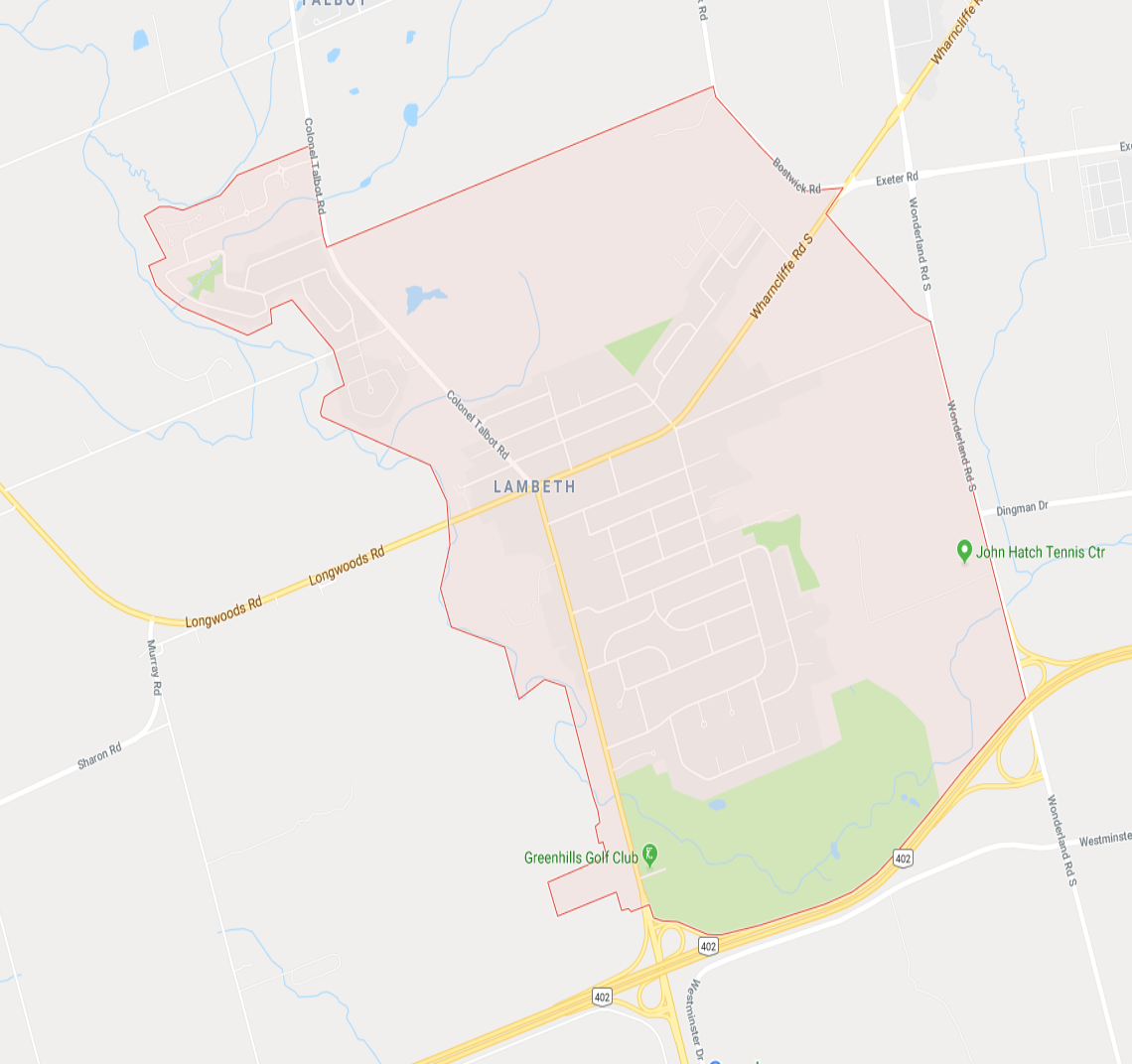 Lambeth is a unique neighbourhood in the southwest of London. It was an independent village until it was annexed by the City of London in 1993, and still maintains a small town feel, with many locally owned businesses along Main Street that cater to neighbourhood residents.  The majority of homes in the neighbourhood are single family detached houses. It's bound by the Wharncliffe Road South / Pack Rd. (North), Wonderland Road (East), the 402 (South), and Colonel Talbot Road (West). There is a mix of single detached styles, including early 20th century farm houses, post-war bungalows, large homes built in the late 20th century, and new developments that are still being built today.Almost all of its residents live in low-density, single detached dwellings. As of 2011, the area is home to 4,410 residents.  The neighbourhood is considered a middle to upper-income area, with an average family income of $129,685 an average dwelling value of $340,707 and a home ownership rate of 93%.​ Lambeth is ideal for commuters located in the southwest area backing onto Highway 402,  is part of London, Ontario. Providing easy access to the 401, St. Thomas as well as Port Stanely.

Lambeth has many great parks and areas for recreation.  During the winter months, Boler Mountain is a wonderful local ski area that offers many different levels of ski & snowboard lessons and lift pass packages for families. It is open year-round and features beach volleyball, mountain biking, and a treetop adventure park during the summer. Hugely popular, it gets over 120,000 .visitors annually and is constantly expanding. For those who enjoy relaxing hikes in unspoiled nature or a quick adventure on a wide variety of scenic walking trails, Komoka Provincial Park is only ten minutes away from the heart of Lambeth. Other great recreational activities available in Lambeth include playing 18 holes at the Greenhills Golf Club, one of the best courses in the city – or, for residents with young kids or larger families, a day at Lambeth Centennial Park.

Lambeth Optimist Park and Ralph Hamlyn Park have baseball and soccer fields and play structures.  Lambeth Centennial Park is a major hub for the neighbourhood, as it has a soccer field, play structure, spray pad, and swing sets, as well as a community centre with an arena and the Lambeth library.  Lambeth Public School is located in the community and serves elementary students.   Students may also attend St. George in Byron. High school students attend Saundersor St. Thomas Aquinas secondary schools.